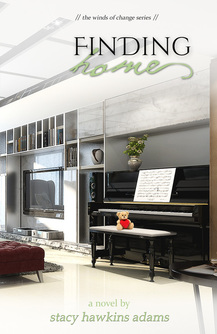 Jessica Wilson Arnold is a superstar professional speaker whose husband and friends fret about the strain of her ambitions, while she hungers for more. When a medical crisis and some poor decisions bring her fast-track success to a screeching halt, Jessica is forced to admit that her life isn’t as perfectly packaged as advertised. Her quest to restore her health and prioritize what matters most leads her to a crossroad.

Will she revive her faith and learn to love herself and others more deeply, or cling to a path that threatens disaster? Jessica’s desperate choices and gripping fear will take readers on a literary ride that’s both shocking and familiar, mostly leaving them rooting for her to win big – with family, faith and finding her way.
Read Excerpt
Buy & Enjoy!
Discussion Questions 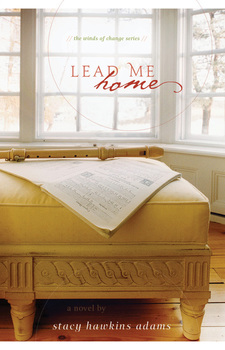 Shiloh Griffin has no identity outside of her roles as pastor’s wife and mom. Some days that is enough.
But not always. Particularly when she is partnered with the always confident, always gracious Jade Smith on a church ministry project. Rather than shying away from God in her nervousness, Shiloh clings to Him, seeking every day to redeem herself. When an opportunity arises for her to teach music at a local high school, she thinks maybe it’s just the thing to give her more significance.

Then Shiloh begins mentoring Monica, a fifteen-year-old student. When Monica learns she is pregnant, Shiloh must confront her own darkest secret in the desperate decision facing the teen. If she turns away, this teen’s life―and her soul―could be in jeopardy. If she decides to stand up and help, she knows she’s the one who risks losing everything.

Stacy Hawkins Adams’s second book in the Winds of Change series finds Shiloh at a life-changing crossroads: Keep her halo intact, or lose her honor to save the girl’s? 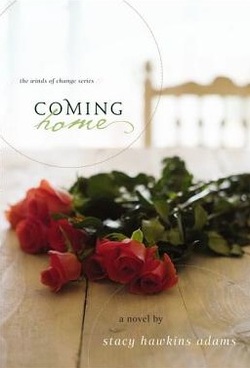 If forgiving your ex-husband was easy, everybody would do it. Brent had cheated on Dayna and coldly said goodbye to her seven long years ago—dashing her hopes of having children or growing old with the love of her life.

Working hard to make herself successful as a hospital executive, Dayna has moved on, finding comfort in a new relationship with a faith-filled marketing executive, Warren. But when Brent resurfaces on her doorstep at just the wrong time, Dayna’s heart threatens to come unglued. Why is Brent asking for forgiveness now? And why are he and his new wife, Tamara, interested in reconciliation with Dayna? The unbelievable answers begin to surface as Brent boldly asks Dayna to support him at the most crucial time of his life.

While Tamara’s heart brims with guilt, both women will discover what it means to reach beyond pain and baggage to love unconditionally, while leaving the consequences to God.
Read Excerpt
Buy & Enjoy!
Discussion Questions